The value of “values”

The funny thing about values is that no teenager ever voluntarily goes searching for it. Yet as adults, that’s what causing most of our inner turmoil.

The story is common. We experience a mini “freak out” or “quarter-life crisis”, decide to take a week or ten days (or ten months) and cut all contact with the outside world, run to some remote part of the globe, and proceed to “find ourselves.”

At the core of it, our desires are in conflict. We find ourselves in situations where we don’t know how to get out. The voices in our heads are causing tremendous pressure and stress.

We want to save the world, but we are just swiping through social media all day long. We want a 6 packs abs but we also want to chuck down lots of carbs. We want to live in the moment and forget our worries yet we have bills to pay. We care about climate change but we can’t give up modern-day transportation.

In the world of too many options, “values” become the compass guiding our actions. The easy part is unplugging and get away to a remote island. The hard part is to sit in silence, examine our inner conflicts, make sense of it, walk away from destructive ones and come out with an integrated set of rules to live our lives.

The value of “values” does not come from circling uplifting words from pages of adjectives. Consider what your “values” are for and unplug accordingly.

Money is one of those touchy subjects that most people don’t like talking about, so most of the time we are walking in the dark keeping up with social norms.

In relationships, when people ask about money it’s usually about “who should pay” and there is no one way to go about it. I’ve seen many happy couples who split the bills, and others in which one gender foots most of the bills. There are all good and happy relationships. “Who pays” has nothing to do with a good relationship. The problem arises when there is a misalignment in expectation leading to resentment, and ultimately leading up to a fight.

This article is going to focus on “who pays” on the first dates. My advice there is for the guy to be ready and offer to pay. I’m sure you can split the bill or one gender can manipulate the other to foot the bill, but in the long term, it’s a stupid strategy. During the first date, the objective is to learn about the person in front of you so I treat paying as a test. The keyword here is “offer to pay”. At the end of the meal, I ask “can I pay for this?” and observe how the girl react.

After agreeing for me to pay, one date started telling me “horror stories” of her past dates who expected her to split the bill, pointing out that he was not a “gentlemen”. For me, I am not a big fan of self-entitled people, so I had to let her go. I have another friend who takes this to the next level, he goes on dates and said “order whatever you want… this one is on me”, which is also another way to observe someone.

I’ve also been in situations where my date has asked to split the bill. I usually ask her to pick up the next bill instead. This allows an opportunity to go for a second date. But even if you don’t want a second date, the way to save money is not to split the bill but to do a coffee date instead of fancy dinner. And if you find it hard to pay for 2 cups of coffee, that could be a sign that you are not ready to take care of someone. I suggest focusing on making money for yourself first.

There are also rare occasions where the girl really insists on getting the bill. This is an opportunity to find out more about her values. It is usually about power dynamics and not wanting to feel obligated for the next dates. In which case, let her foot the bill.

During the later stage of dating, one of the classic scenarios is that you really like the girl but she has an expectation for you to keep paying for things. This scenario is the start of resentment and contempt. To deal with it, the first step is to suspend judgement and use curiosity to ask why. Sometimes, the problem can easily be solved with a conversation. Other times, you might learn that her expectation was derived from her upbringing that she wants to be “taken care” of. And if this does not suit you, then my advice is to walk away. It’s really hard to change someone. Treat it as a lesson that “splitting the bill” is an important value to you. Next time, look for it early in the dating process before sunk cost starts.

All that said, this article is not about who should pay. There is no one kind of good relationship. It’s about alignment. So, if you like to pay, then pay. What’s kryptonite for you, might just be diamond to others.

Alright… enough ranting. Time to make some money for my upcoming dates.

Famous management consultant, Peter Drucker might be right about a lot of things but I disagree that “culture eats strategy for breakfast”.

As pointed out in What We Do is Who We Are, there are tactics to cement and move the culture. Shocking rules, company lore and even object lesson, to name a few. As an example, shocking rules are funny rules that make people question about the rules. And through that, remind people about the company values/aspiration.

When Amazon first started, they made their tables from cheap doors brought at Home Depot. By that, every time someone works out of those tables, it reminds them of frugality. This works with Amazon’s strategy, to be the place for people to find the lowest price.

On the other hand, Apple spent 5 billion dollars building its new campus. Who knows, they probably spent $5,000 just on the doorknob alone. Apple strategy is to build the most brilliant, beautiful and desirable products where people pay top dollar. Apple strategy would not work for Amazon. Yet, they are both industry leaders.

Culture, if you know-how, can be a strategy. They are not two things. They are parts of the same breakfast, elevating each other to build an enduring company.

Derek Sivers on Tinder Dating Strategies, Finding Purpose and the Art of Singapore 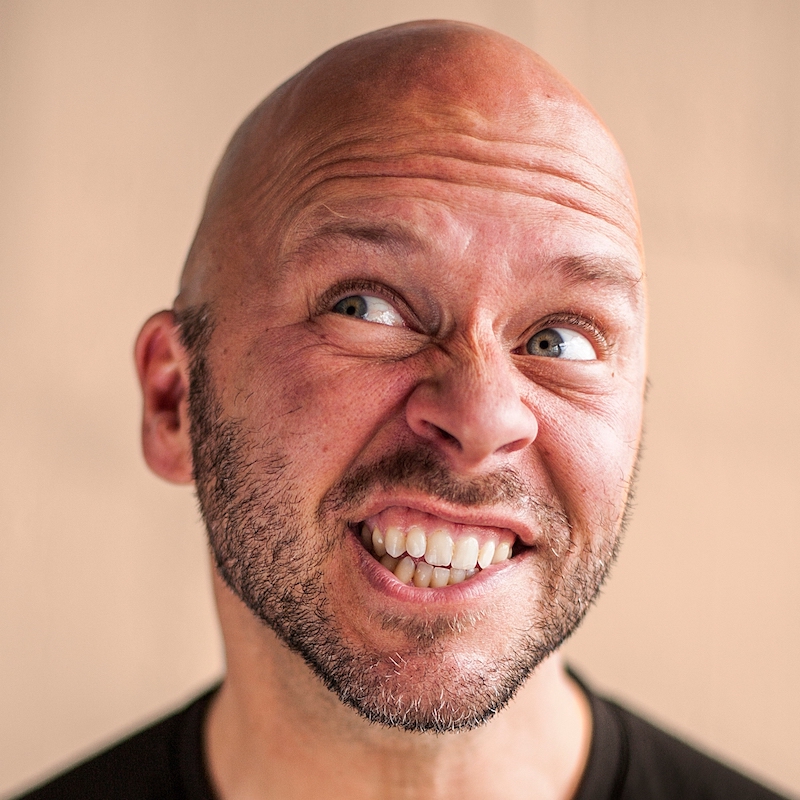 Derek Sivers, is a kind of a reluctant entrepreneur, circus-clown musician turned author.

In 1998, Derek created CD Baby by helping his friends sell their CDs. It became the largest seller of independent music online, with $100 million in sales for 150,000 musicians.

In 2008, Derek sold CD Baby for $22 million, giving the proceeds to a charitable trust for music education. He went to speak at the TED Conference, for 3 times in 2010 (which is unheard of), with more than 18 million views of his talks. Since 2011, he has published 34 books, including “Anything You Want,” which I love so much.

This is one of my favourite interview, enjoy!

If done well, it’s a generous act. An opportunity to connect, friendship waiting to blossom.

The modern world tricks us that, with enough resources, we can be self-sufficient. As we can see in the current pandemic, we realise no amount of money can buy us into the hospital that has lines out the door. Humanity is more inter-dependent than ever before. And money, the all mighty dollar, is not that mighty after all.

We desperately need each other. We want to be seen.

Invest some time and do your homework. Make a reasonable request, something easy and mutually beneficial. Above all, make it easy for the person to decline. Maybe not now, maybe later. Yes leads to yes which just maybe leads to the relationships you were seeking.

The world is filled with lonely people waiting to make the first move. When are you going to ask for help?